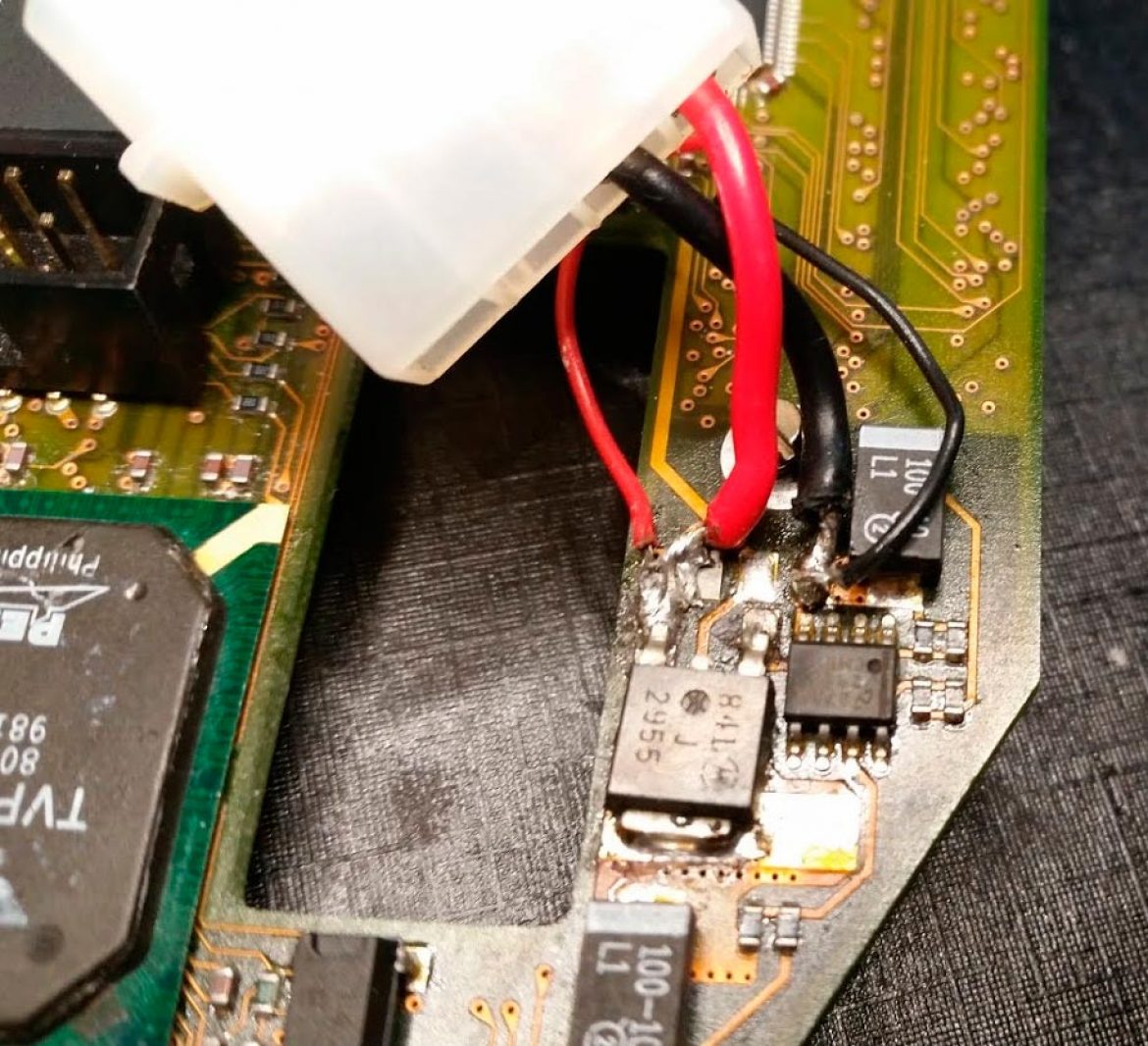 So, the Phase5 Blizzard Vision (BVision) card had some minor fixes on itself that I wanted to fix before I added it into my project. The first one was a 5V+ power injection mod that is needed and the second was a quick fix on a damaged leg with kynar wire and polyimide tejp as isolation/protection.

I will still use the 5V+ injection mod, but the solder joints looks like it needed a little more flux and/or heat. 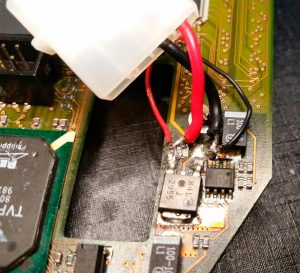 De-soldered the wires and fixed the solder pads to it would be prepared for my own solution was successful and the card looks like new again.Later on I will add a connector or solder two new wires that will be connected to a power distribution board that I will create.

While I was at it some heatsinks were added and also a slim heatsink with a fan was put on the GPU chip. I found a suitable heatsinks from a company called Enzotech and they work better than I even could expect but then again, the price was a bit high 🙂

What about the leg?

The fixed leg? Well, it does work but picky as I am, I wanted it to look as good as possible. So a removal of the old fix was done and then the work started to carefully bend the leg and solder it into place without creating any solderbridges. It is always important to remove all exceeding solder with a solder braid and then clean with isopropyl alcohol. Then when soldering, remember to use the proper amount of flux and then not too high temperature on your soldering iron.

After a while the job was done and the pin was soldered into place.