So I have been absent for quite a while now, but I promise that it has been for a good reason. Been busy with work, Amiga development (both hardware and coding) and all other things you not sitting at a computer.

Recently I have done a few re-caps and Repair of spare A1200 boards and most of them were missing the CN1A cable which is COM1. This cable can easily be assembled at home with the following parts:

The pinout is the following:

Or if you prefer a picture for reference, please note that the number in the red circle is the pin on the D-Sub 9 cable. 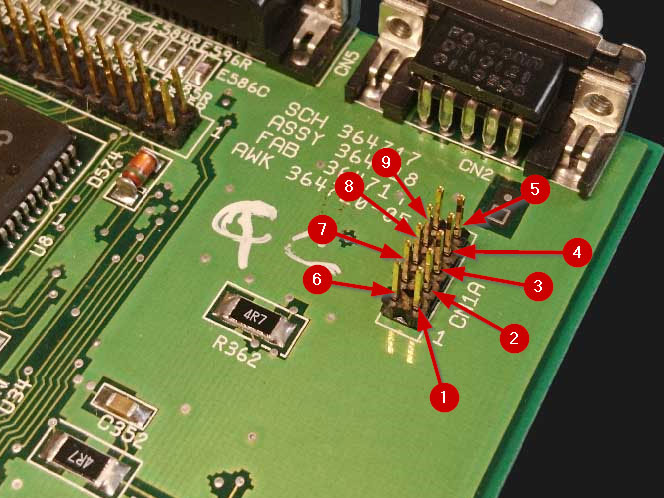