Finally I had time to write down the things I did to fix my new Escom Amiga 4000T. It was quite a while ago since I bought it but time hasn’t been to put it into a blog. Anyway, the overall shape of the A4000T was quite good. The case was a bit scratchy and had lost it’s colors here and there.

The mainboard needed a re-cap job since some radial SMD capacitors had leaked around the keyboard connector and some on the audio/video module card. 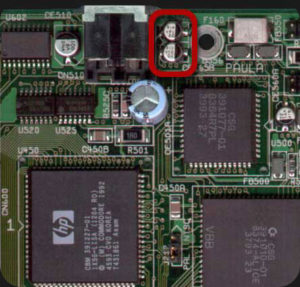 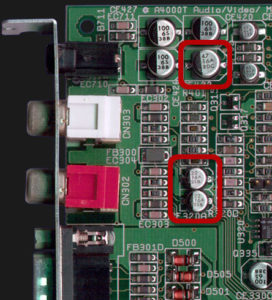 A quick re-cap was made with the included cleaning of the corroded areas and also changing some near components that had been damaged. 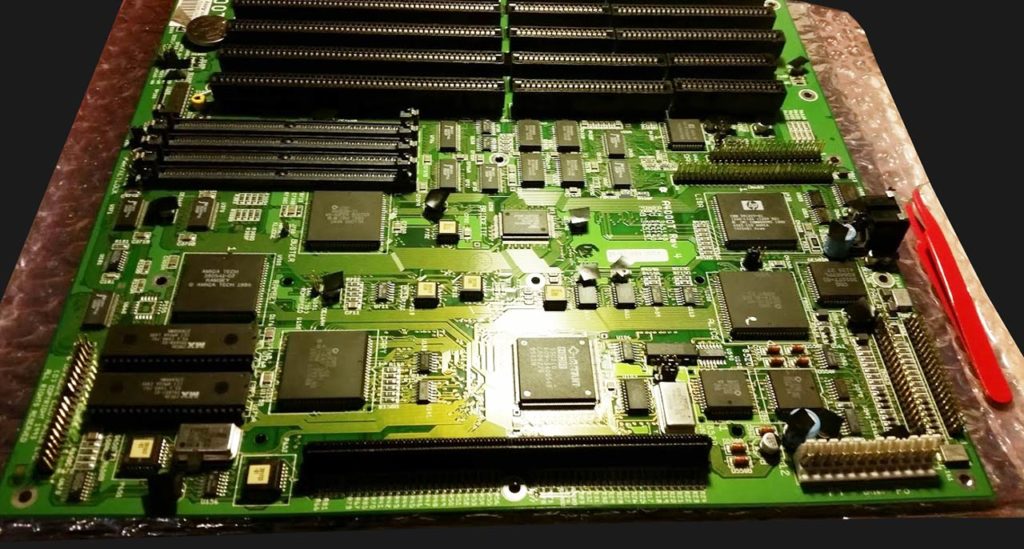 As I mentioned in another blog I decided to do a paint job. Due to the fact that it is a metal case, I wanted a paint job that would be long lasting. Such paint method is called powder coating and is very common for Amiga 3000D/T and 4000D/T.

Sadly I did not write down the Pantone code that they told me it was, but if you have a company that performs paint jobs near you can bring the case with you and they will help you with that. It was a pretty common color so it is not rocket science.

A Word Of Advice

Don’t forget to ask for the material that adds the “flake texture” that the case has. Else you will end up with a flat paint job (that still is nice but not accurate).

Before I shipped it for painting I removed all the stickers. This is a fairly easy job and with a quick search on Youtube you can find several instruction videos of how to do it. So how did I do it?

Easy! With a hair dryer and a spatel (usually used for cleaning ceramic stove top).

After I had removed all the stickers, even the stripes on top of the case I put them on a sheet of glass. If you don’t have that just use a window or so. Whatever you do, do NOT put them on paper!

This is the case before I shipped it for painting. 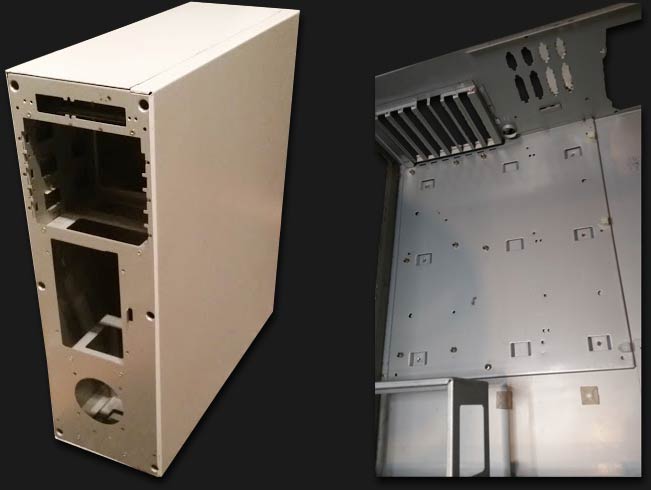 Yay! It is done and now I have to re-assemble the A4000T again. Sadly, the pictures I took are somehow lost so you have to see the end result in the bottom of the blog 🙂

I decided to sleeve most of the cables to get a cool look and still my OCD. 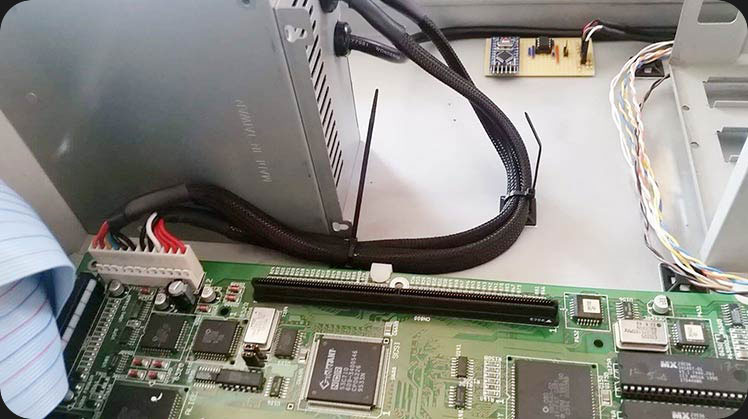 While I was at it I took some time to modify the Ratte Auto Monitor Switch (R.A.M.S) module from using two mechanical relays to just use a MAX319CPA+ (SPDT switch chip). You can read more about the first version of the R.A.M.S module here.

While putting together my Amiga 4000T I accidently switched the cables between I/O module card and he mainboard. This worked OK at a beginning, when I did not use any serial or parallel ports.

When I later on wanted to check the “Early Startup” and pushed both mouse buttons the Amiga just died. After some tests and diagnostic with Diag ROM’s I found that I had fried Paula, CIA-A and CIA-B chip.

Well, off to work. Bought a set of new chips from GGS Data in Sweden and started to remove the old ones, replacing them with the new ones.

Replacing surface soldered PLCC chips such as Paula, Lisa, CIA-A or CIA-B isn’t that hard with the correct tools.In my case I’m using a hot air gun art 298 degrees Celcius with flux and protecting the surrounding areas with foil and Kapton tejp.

The tricky part with an Amiga 4000T is that  both capacitors and PLCC chips are glued to the PCB. Even if it is a small amount of glue used, it is still harder to decide if the component you are trying to de-solder at loose or not. 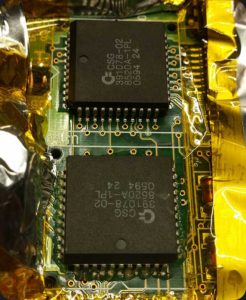 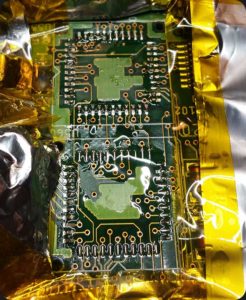 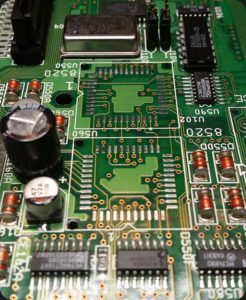 After the faulty chips had been replaced my A4000T started and worked perfectly! *phew*

When it all was put together with the CSPPC, CVPPC, X-Surf 100, KickFlash, BigRamPlus 256 and Ratte Auto Monitor Switch the last remaining was to re-apply the old stickers.

The result, well… Judge for yourself 🙂 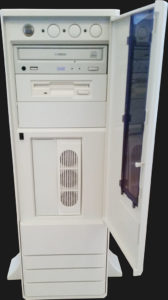 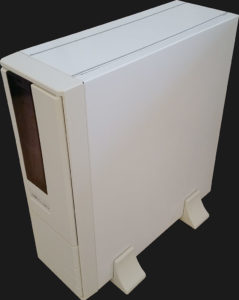