I remember the first time I read about that Phase 5 had release a PPC card to the Commodore Amiga 1200. Since then it has always been a desirable piece of hardware for me. I know alot of people that thinks that a PPC card for Amiga 1200 is a bit overkill but I don’t quite agree to that. The cards start to get rare and many of them brake and ends up in the trash which is a loss and until a FPGA comes out wiht the same performance, this is THE card to have.

In 2011-11 I found a card that was sold with “unknown functionality” in a Swedish Amiga forum. It was equipped with a 68040 Motorola CPU, a 233Mhz 603e PPC and 32MB of EDO RAM but the fan was missing. The previous owner had tested it but his Amiga could not locate the 603e CPU.

I offered 500SEK (~75USD) for the card plus shipping and after a few SMS and MMS the card was in my possession. Shortly after the card arrived in my mailbox and even if the card was sold as “unknown functionality” I had an overall good feeling about the card. I did a quick test of the card and verified that the 603e PPC CPU was not found in any application on the computer but I had no time to do any kind of troubleshooting so it had to wait.

Time went by and after about two years I found the card when I went through my Amiga collection and I decided to start the restoration of the card and my goal was to make it as close to original condition as possible. Even if the card might not ever be able to run the 603e PPC CPU I would be able to use the Motorola MC68040 CPU.

I made a quick visual examination of the card and found the following.

At least two components of the card was damaged
The 603e PPC CPU seemed to be damaged, probably caused by overheating.
Published some pictures of the card on Safir (Swedish Amiga Society in the Country) and got some good feedback from users. One user gave me a hint that cooling paste can cause short circuit and a good cleaning with isopropyl alcohol could help me. Lucky me that I have access to isopropyl alcohol on my work so I brought some home and made a careful cleaning of the card.

Since the card had no proper cooling fan I decided not to test the card just yet due to the risc of causing more damage to the card.

My goal, as stated before, was to restore it to as close original condition as possible so I started to look for a cooling fan. My first hit was at Amigakit but sadly they only offered me to send my card to them so they could put a new cooling fan on the card and return it. For me it’s kinda overkill for a 2 minute job.

Spent a few minutes on eBay and suddenly I found some 5V DC fans with the correct dimensions of 30 x 30 x 7mm (original is 30 x 30 x 6mm). I bought two of them directly and also some new 2 pin Molex (pictures below) connectors so it would fit the original connector on the card. 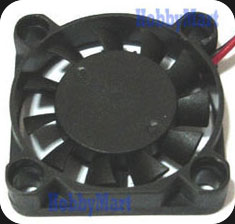 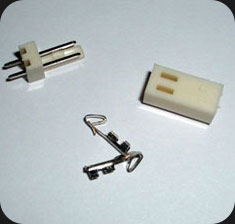 Since the original cooling fan was removed I had no chance to see how it was mounted from the beginning. By a accident I found a good high resolution picture on internet that showed that the cooling fan was mounted by some plastic rivets. And of course… I wanted to have such rivets myself.

Out on eBay again but this time I was not as lucky. Every hit I got was for the car industry and with dimensions that was way wrong. The search went on… And on… And on…

During my quest for rivets I found a guy who sold tested low profile 60ns 64MB EDO modules that was verified to work on cards that I own. What the heck, I bought two at once. I had to calm myself down a bit and why not shop stuff to my Amiga?

One morning when I tried my luck I accidently misspelled my search phrase and found a site in New Zeeland that had the exact rivets I was looking for. After some research I got the exakt part number search for close by resellers. The best I could find was Farnell and lucky me, I was already a customer of them. 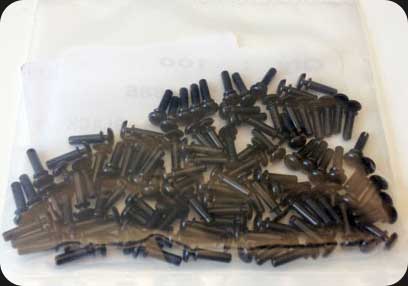 Ordered them right away and the cost for them was about 63SEK (~10USD). When they arrived I suddenly realized that that I had a tad overtock, 98pcs to be exact.. But hey, I did not set any limits for how much the repair cost would end up with.

So now I had a half working card and my soldering skills are good but not as good that I would try to change the 603w PPC CPU. I decided to contact Stachu on English Amiga Board (EAB) and ask for one of his famous upgrades of both the Motorola CPU and PPC CPU. A few mails bounced between us and after a few days we agreed on a price and I sent the card to Poland where Stachu lives.

I must confess that I was pretty nervous that my card would not arrive to him but those worries turned out to be short since Stachu updated me very fast when he had collected the card.
He verified the functionality of the card was as I had explained before. Later he informed me that he actually got the card to function with the PPC CPU in AmigaOS 4.x after a firmware upgrade of the card. 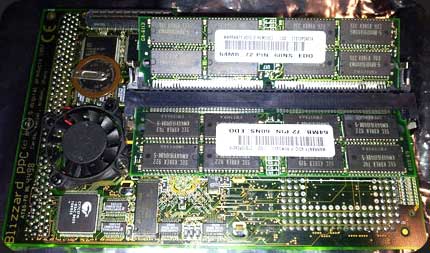 In the same week, on the Sunday to be exact, I got another mail from Stachu where he informed me that the card was successfully upgraded and worked perfectly. He sent both pictures and a video from the upgrade where he tested the card. It was an amazing feeling! I owned a Phase 5 Blizzard PPC card that was fully functional and it was powered up by Stachu himself. 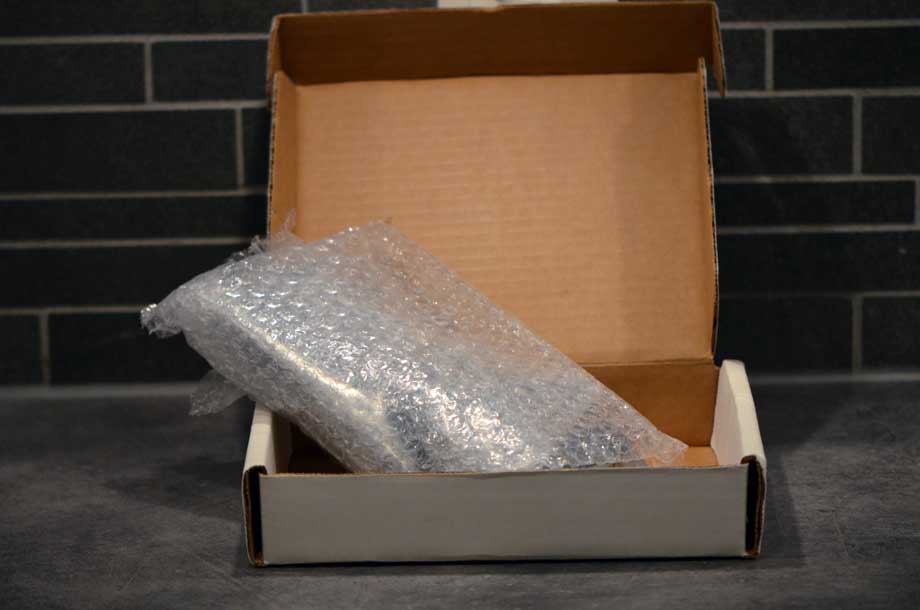 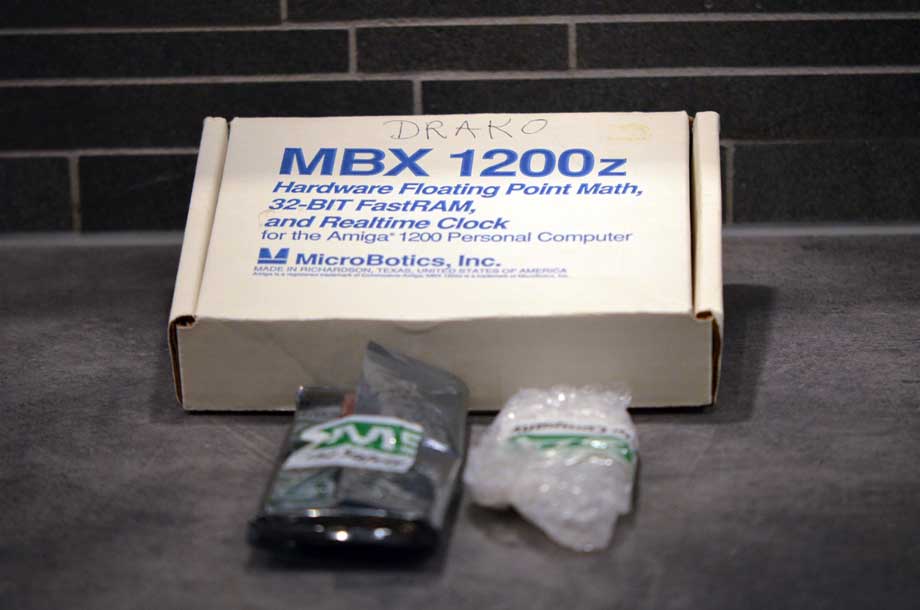 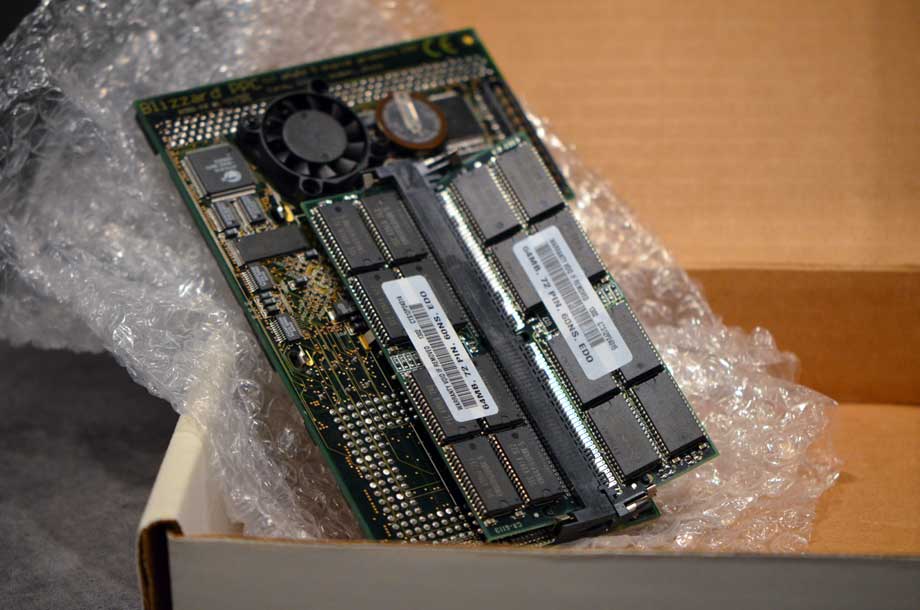 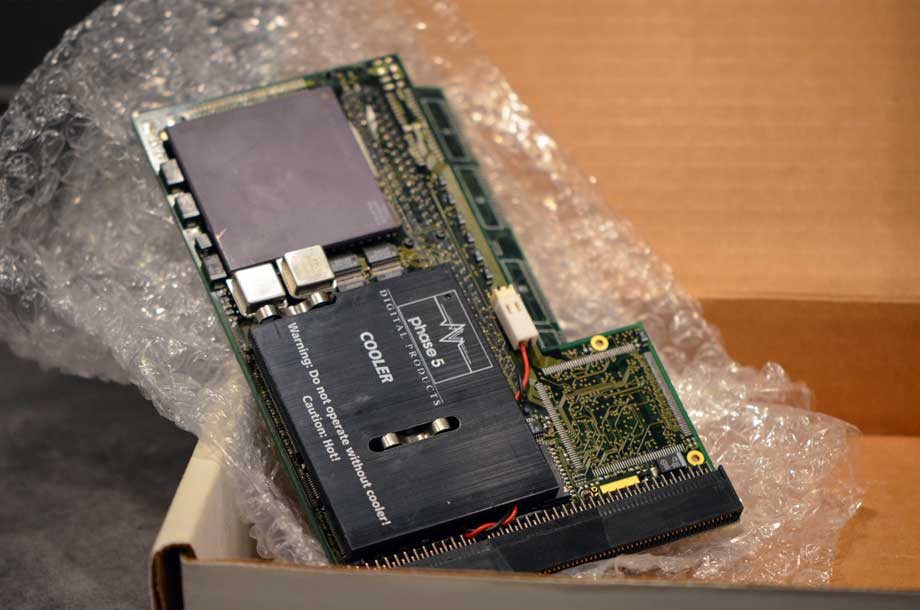 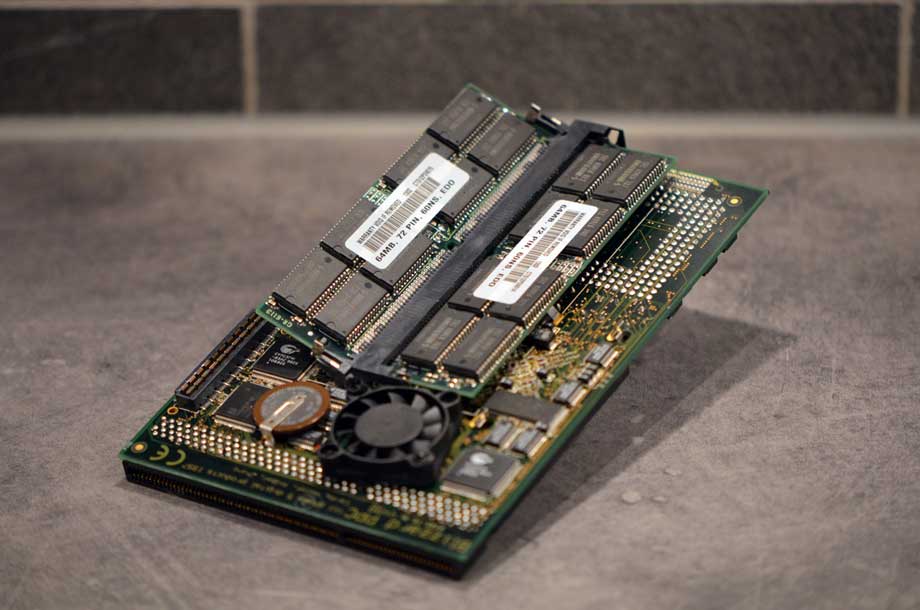 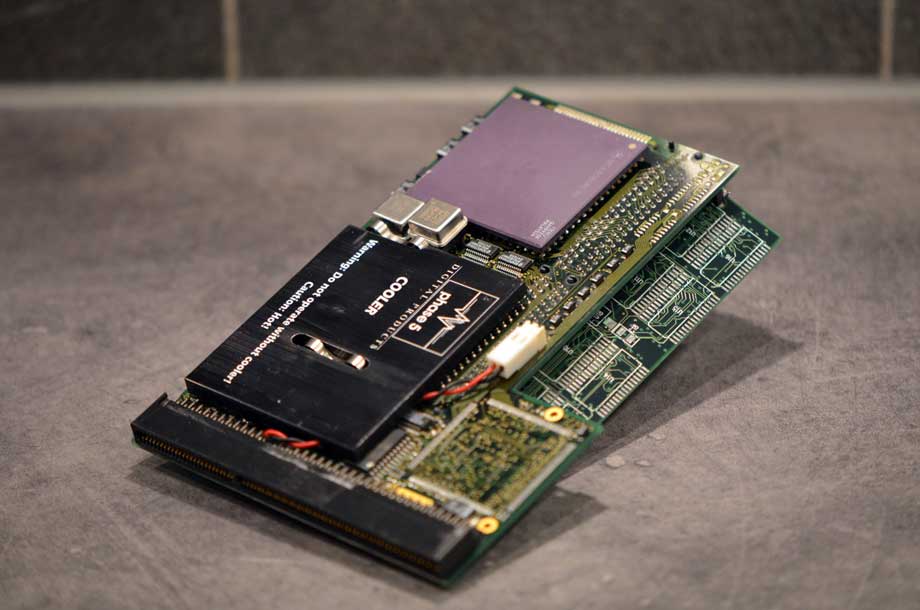 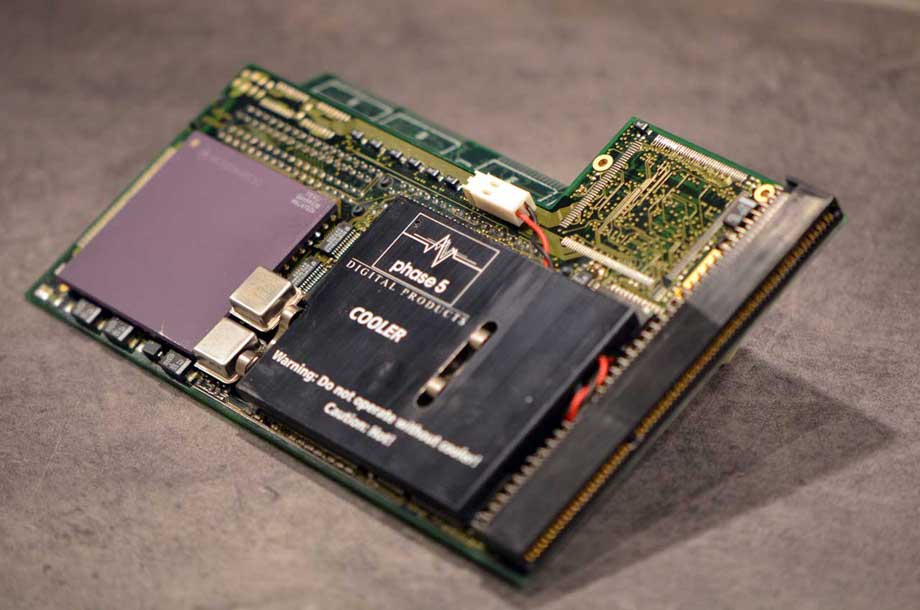 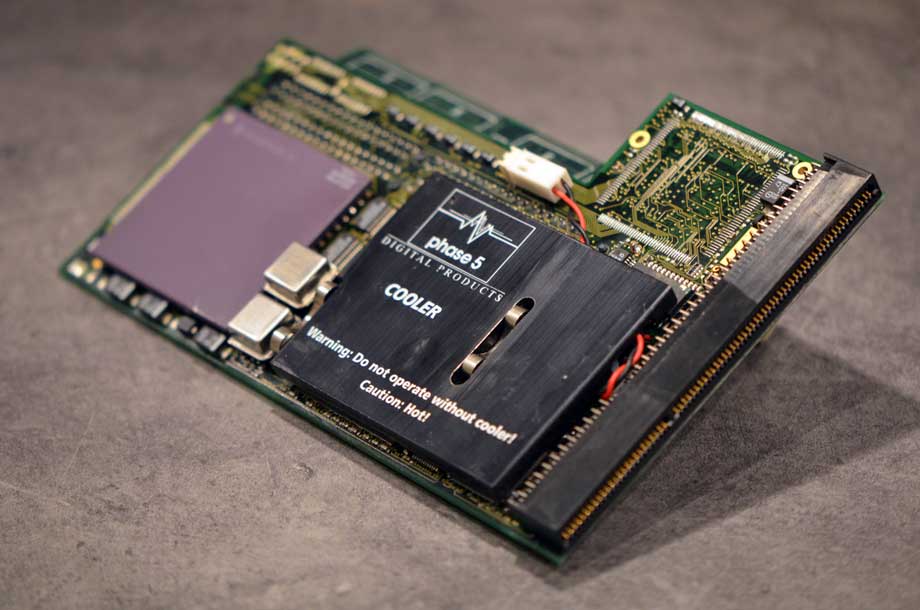 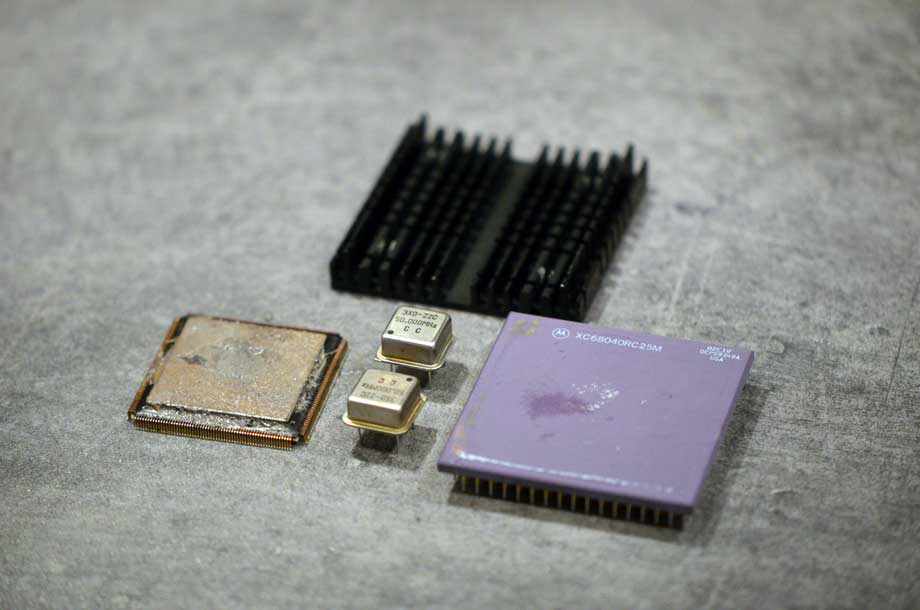